Bedbugs The Pest In The Press 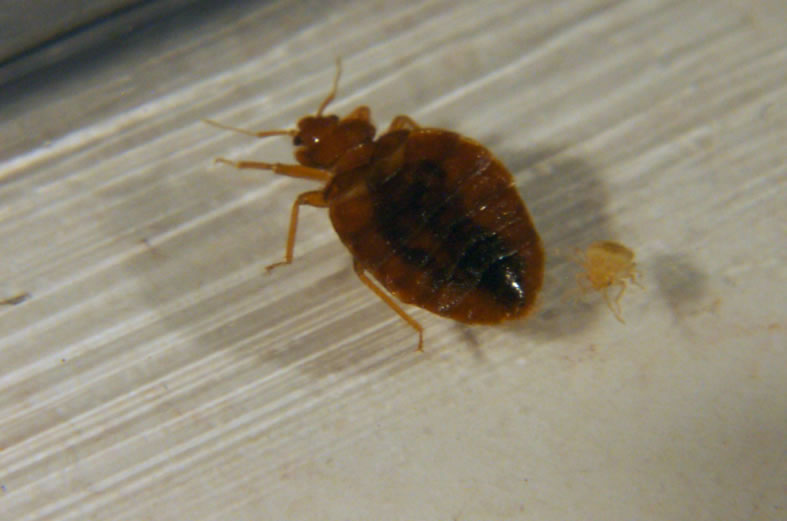 Over the last couple of weeks bedbugs have been enjoying more than their 15 minutes of fame and have featured quite a lot in the press and media. The first item is perhaps not the sort of news they want to hear though. The founder of Insect Research Systems, Taff Morgan, and his team at the Harwell Campus near Oxford are testing out a piece of equipment designed to detect the pheromones bedbugs use to communicate, therefore detecting these pests quicker and easier. Until recently, the only way hotels would discover they had a bedbug outbreak/infestation would be disgruntled, bite-ridden guests. But this new invention will help hotels, hospitals, universities and more stay one step ahead of these blood-drinking critters by identifying bedbug infestations before they become a real problem.

The second piece of news relating to bedbugs is that scientists have recently found that bedbugs have favourite colours. Bedbugs are firstly attracted to body heat and carbon dioxide, which lures them out at night to bite exposed skin and fed on blood. Creepy, we know! However, bedbugs have been found to be attracted to red colours, something scientists believe might be because bedbug exoskeletons are red and the colour might signal to them the presence of other bedbugs. So the advice from the researchers from University of Florida is to avoid dark bedsheets, such as red and black. Pale green, white or yellow sheets were found to repel bedbugs to some degree and they also dislike brightly lit areas.

Whether you’re a Birmingham hotel, or a Wolverhampton household, if you’re unfortunate enough to discover bedbugs, Midland Pest Control will ensure that you’re free from these pests safely, securely and in no time at all! Click here to get in touch!